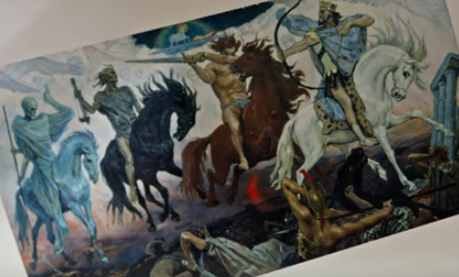 A Review of X-Men 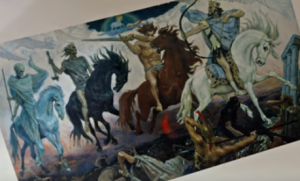 The Most Awaited Movie of the Year 2016 for the Fans of the X-Men franchise had been X-Men: The Age of Apocalypse. The previous two movies of X-Men (X-Men: The First Class & X-Men: Days of the Future Past) franchise introduced the younger selves of Charles Xavier and Eric known respectively as Professor and Magneto. These roles were played by James MacAvoy and Mechael Frassbender and both the previous episodes were celebrated and watched worldwide by the audience, even the by the ones who are not the fans of the X- Men.

X-Men: Days of the Future Past remains to be the most significant when it comes to the plot. The way it dealt with the connectivity of the scenes in present and the future and the past is outstandingly marvelous. Marvel Pictures has definitely done a marvelous advancement with the making of X-Men Days of the Future Past. This movie has no Parallel in terms of plot, story, making, Pre production and the post; so, this movie had greater audience even the ones whose cup of the tea is not science fiction.

Contrary to X-Men: Days of the Future Past, X-Men Apocalypse, is a wonderful production for the fans of X-Men, but it does not bear much of the elements to attract the audience outside the circle. There are several things neglected during the development of the plot and finalizing of the story.

The Flaws of the Plot:

Surprising Elements of the Movie:

There were many surprising events and turns in the movie that at moment left the audience stunned.

Massages in the Movie:

By the end of the movie a question is locked in my mind and is not satisfied with any of the justification that En Saba Nur who was the very first prototype mutant in the annals of history and greater one who could transmit his soul and the consciousness into another body when he wanted to. Yes! he was not in his transforming chamber and with all the spell and other apparatus required in the transformation but did he really die? And could he meet his end so very easily? Keeping the legacy of the X-men previous episodes, I feel that he can appear in another sequel as Jean Died once in X-Men 2 and appeared in the next sequel X-Men: The Last Stand more powerful than ever.

How to pay on Theelance, If You Are an International Buyer Please Follow The Instructions Click on the Link Below:

How to pay on Theelance, If You Are an International Buyer Please Follow The Instructions Click on the Link Below: